I’m not actually complaining about my job. I love being a helicopter pilot but every now and then you come across some things that make you scratch your head and think to yourself that there is probably a better way to go about things. But what do I know – I’m just a young gun making my start in this industry. I do what I’m told and go where the work is needed.

A one day mission turned into a week long ordeal, and here is the story of THE WALL OF DOOM…or alternatively, Snoqualmie Pass in the Winter Time…which is probably the more appropriate title. Ferrying a helicopter in the winter time, especially when there is a pass involved, becomes a feats of equal expertise in pilot skill, navigation, meteorological interpretations, and common sense.

So let me set the stage for you. We have to move a helicopter from Eastern Washington to Western Washington, where it’s owner needed it for something, and then back again. The timing wasn’t exactly critical so we sat on the mission for a few days waiting for the conditions to be perfect. Finally the sky gods cracked open the gray rain and snow smattered skies and raised the temperature above freezing. This was it, this was the time to go. And the flight was a roaring success. We crossed the pass and made our way to Seattle – mission accomplished.

At least…half of the mission. We still needed to take the helicopter back out east. That is where the easy day ended and the week long ordeal began.

Normally we fly a pretty easy route over Snoqualmie Pass and into Seattle. And normally the route works both ways. Today was not a normal day. In the time it had taken for us to go to a diner for lunch and to get back the winds had gone from relatively calm to gusty and shifting. Anyone who has flown through a mountain pass knows that these types of winds can be multiplied in intensity once you are in the rocks. Not where you want to get stuck.

What was really confusing was that the ground stations were reporting winds at 1mph or 5mph. Nothing that seemed too hard to fly in, and we were looking forward to a nice comfortable flight back over the pass. As we worked our way out of Seattle it quickly became apparent that the wind was not as calm as the ground stations had been, and were still, reporting. We easily had 20kts of wind on the nose of the helicopter and we had barely left the Seattle airspace. Still, the wind wasn’t strong enough for us to turn back and we made the decision to keep pushing on into the pass.

As we got closer and closer to North Bend, WA the wind had now gone from 20kts to 40-50kts on the nose and was not only gusting — it was shifting around, a lot. Without a second thought, we both decided that amount of shifting gusting wind was going to make for a very dangerous flight through the pass and turned the helicopter around. We landed at a small rural airport with some fuel and decided to take on a little more 100LL while we checked the wind stations again. They were still saying the winds were calm – that the highest winds we would see were in the the 5kt range. Something was not right, and the winds aloft reports looked relatively calm too. After some time on the ground we decided to try for the pass again and if the winds were still gusting as strongly as they were before – we would head back into Seattle and wait until tomorrow. The alternate routes we would normally use were socked in with IFR conditions so they weren’t really an option today anyways.

So the time came. We got the helicopter started back up and departed from our little one runway rural airport of rest and fueling. We pointed our nose back toward the pass and began the climb out. It didn’t take long for us to realize the winds had gone from bad, to worse. And the size of the workload  it was taking to navigate the gusts and swirls was massive. The pass was closed. We turned back to Seattle, hangared the helicopter, and went to dinner. It looked as though we would be overnighting.

The alarm clock rang out early, and we groggily went about getting coffee and breakfast at the hotel lobby before hoping into a taxi and headed to the airport. The weather again looked good, and the ground stations and winds aloft both looked favorable for another run at the pass. We fired up the helicopter, not wanting this window to pass us by and got into the air. But much to our surprise, it was just as bad as it had been the afternoon before, winds were holding us to a paltry groundspeed of 40kts at the most, and after trying higher and lower altitudes to get over or under the wind we turned back to Seattle and rented a car. The helicopter would be staying in Seattle while we went back to Eastern Washington.

Why did we go back? The weather forecasts for the next few days were abysmal. Snow and wind and rain, coupled with freezing and below freezing temps made for a few days when flying was not going to be an option. We would return when the weather was back on our side.

We needed to go back and get this helicopter. We had spent the weekend analyzing a few alternate route options for the flight, we’d watched the weather, analyzed the weather, and the opening we were waiting for was coming up. So again we took to the road, drove for several hours to get to Seattle and when we got there moved as quickly as we could to get the helicopter rolled out, pre-flighted, fueled, and started. We had just drove through the pass and it was layered in rain and snow and ice pellets and trucks getting ticketed for not having chains on their tires. In short – it was bad. It was a good thing we had our Portland contingency plan in place…or so we thought. 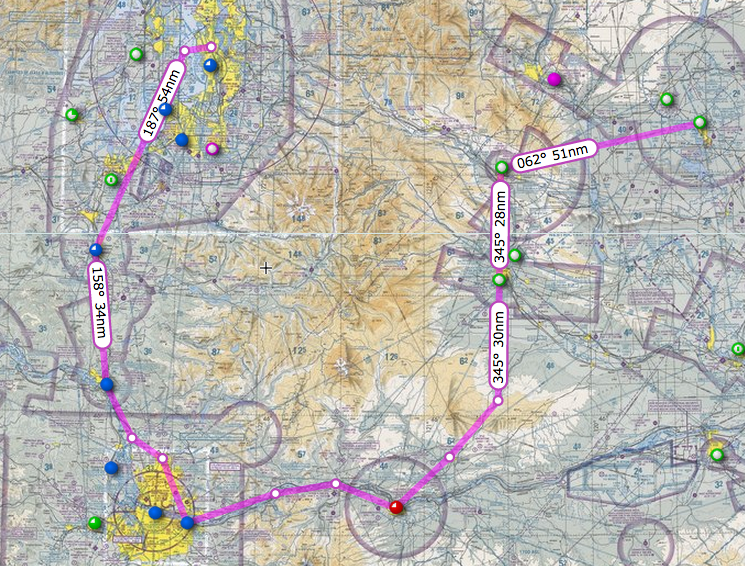 The sky looked gray, the weather was VFR, in layers of rain and clouds. In the south there was sunshine cracking through though – it was without a doubt the best way to go at the time. Portland here we come! We took off, got our clearance through the Seattle airspace and ducked south toward our promising return home. A quick fuel stop in Chehalis and we kept working our way south. But it wasn’t long until stuff started to look nasty, first fog, then mist, then rain, and clouds. Our VFR corridor had collapsed on itself – we were forced to land in Kelso, WA where we decided to sit for an hour or so hoping the weather would clear up. It didn’t, we watched and waited as the clouds came down and down the hills. We were stuck in Kelso for the night.

So the other pilot and I set out to find ourselves a hotel for the night, dinner, and a place to warm up from the cold damp weather.

Even earlier than any other days we got up to try and beat the weather over the pass. We had found out that the pilot who had drove us to Seattle made it over Snoqualmie Pass the day before, in our car, without any problems. In fact, the rain and snow and ice pellets we had hit on the way TO Seattle had been replaced with blue skies. We could have, the day before, gone over the shortest route option if we had been a few hours late to Seattle. AHHH TO HAVE BEEN LATE.

At this point we were already semi-committed to the alternate routes we had lined out the night before. We got to the airport very early, so early we had to sit in the helicopter because the FBO wasn’t open yet. The weather was still crummy but the forecast was for it to come up. We waited. And waited. And waited. And then the FBO opened and we went into the warm building, drank coffee, read magazines, checked weather and webcams, and drank more and more coffee until the fog and clouds had finally lifted enough for us to legally get off the ground.

Without delay we got into the air, after thanking the FBO manager of course, and started back along our southern route. We actually had made pretty good progress but the conditions were worsening. To the point that we made the call to turn back and return to Kelso. Or so we wanted to do. The weather had closed in behind us as well. We were now in a place where we couldn’t go forward and we couldn’t go backward. Thankfully we fly helicopters for a living and there was a massive soccer field below us. So we landed.

And we waited. No hot coffee or old magazines. I was missing the dirty clutter of the Kelso FBO. Instead we got a soggy snow covered field for a couple hours while the fog rolled in and out. Which gave us plenty of time to work the ipad and foreflight over looking for a plan b. A better plan b. One of the other company pilots called us said that White Pass was wide open and blue skies. We quickly plotted another route, this one looked promising but meant crossing some tall peaks and there wasn’t much between us and home in teh way of food, fuel, and landing spots. It was a gamble – and one we weren’t willing to make with the fuel we had left.

So we sat. And waited.

So the route was picked, and the decision was made to get fuel all the way back up in Chehalis before attempting the White Pass run. Now we just needed the weather to open up for us, which it was forecast to do still. After a little bit more sitting, and talking to a Sheriff who stopped to check on the helicopter in his towns soccer field, the sky broke open. Once again we were off. The forecasts for great weather had been only a few hours late but they still delivered. We made a nice flight over some beautiful Western Washington territory to get fuel and then cut back east to get home.

I don’t have any pictures from our return flight, but let me tell you it was awesome! We climbed up to 7500′ and caught an awesome tail wind. It was nothing but blue skies and sunshine on the way back over white pass which gave us an awesome view of Mt. Rainier in all its glory. After almost a week of trying to get back over the mountains we had one of the best flights ever. It was a lot of work, a lot of coffee, and more than one hotel toothbrush.