So I am not really big on the whole resolution thing. It doesn’t make sense to me to sit down once a year and make a resolution and then what? Most people don’t even remember them a week after they made them and even fewer people actually keep them. Now, that being said I am huge on goal writing, I think you should always be writing down goals. Short term, long term, really long term, you need those things written in pen on paper and folded a dozen times in your pocket as you roam the world.

And you need to keep updating them, modifying them, deleting the ones that aren’t any good or don’t strike your fancy anymore. I do it all the time, but unlike most “resolutionists” I actually keep and achieve a good sized percentage of mine. In looking at goals over the last few years I would say I have about a 70% completion rate. Doesn’t sound like much unless you know how many goals I set. Not hitting that other 30% doesn’t cause me a moments worry.

I just want to actually see some money in my hand for a photo I’ve created. If that means an actual print or rights to publish it to a website I don’t really care either way. I think my photos are worth some money and this year I want to make that money.

I’m not talking about the usual getting hired to shoot a wedding either – I’m talking about someone buying a photo because of how much they love it. 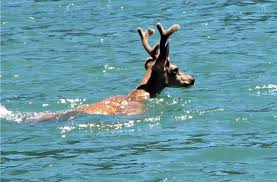 I love swimming, I’ve been swimming so much here in the Philippines and I don’t know why I forget how much I love it when I’m back in the states. It’s good for you, and it is relaxing, and so much fun. So I am going to do a lot more of it. 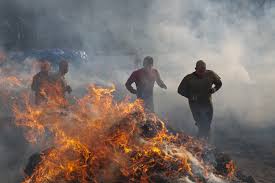 Just to say I did. The tough mudder, dirty dash, spartan race, one of those…maybe all of those. I just want to check that box and get hooked in a new sport.

7. Buy a new road bike before the season starts.

I have been riding a bike that is now 10 years old and I think it is time fora nice new road bike. They’re pretty cheap anymore, I’m not riding the Tour de France so I don’t need one made of carbon fiber nanotube polymer whatever…I just would like a nice, light, sleek, modern bike. And maybe some new jerseys, helmet, and riding shorts. Yeah.

This kind if goes hand in hand with swim more. It’s something I love to do but I always seem to get swept up in the routines of being home in the states and working. I need to make more camping trips, especially with how beautiful the area is around where I live.

Really this one is gonna happen sooner than later, it is a good goal for a pilot to have, and I am super excited to hit it. Expect a celebratory blog post around mid summer. This kind of unlocks all the doors in the helicopter world. It’s a magic number. 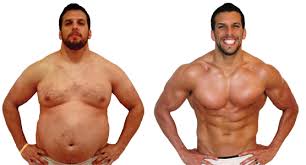 This is a dual goal. I want to do this, and the second part of this goal is to hire a personal trainer because I think that is the only way I’m going to get there. I’ve done a lot to make huge strides in personal fitness this year (2013) and 2014 is going to be a very awesome year for even bigger moves. Who knows – maybe I’ll compete.

I’m going to really try to put more money into the markets. I’ve got a sound investment strategy and am excited about the year financially. Between a great job and a great plan it should be a fairly lucrative year.

I’d like to see as many new countries as I have finger and toes, or months in a year, but really I need to work to pay for these adventures. So for 2014 I’d like to add no less than 1 new country to my ever growing list of places around the world I’ve travelled. Ideally it will be in Asia somewhere, it’s my favorite region of the planet.

I’m entertaining a few positions overseas, just waiting to hear back from the companies on wether or not I’ve been hired. I grew up as an expat in Indonesia and I love the community and lifestyle that comes with living in a country half a world a way from what people think is normal, I really hate the status quo. So by the end of the year I’d like to be totally relocated to another country. Again – preferably in Asia somewhere.

Of course this is my number one goal on this site, it’s about this site! Also this blog is a big personal challenge to myself, I’ve never been one for blogs so I really am going to put I as much effort as possible to make this blog awesome and to keep it alive. Especially filling it with my travel stories and experience.

With as much as I love and participate in extreme things, I still have not been skydiving. I really don’t want to do it someplace bland, instead I want my first skydiving jump to be in a place totally unique.

ok there you go, my top 10 goals for 2014 and even a few bonus goals. Have you taken some time to write down some new goals this year. It’s a good time to start, share some below!